I recently went to purchase a new pi-top for this project. However i was disheartened to find the original pi-top laptop was no longer sold on the pi-top website. While i have purchased the current model being sold. I found it to be much to limited in comparison to the original model. In an attempt to be more specific, i simply can't tinker or build onto the current model with different types of raspberry pi compatible boards like i can with the original. Thankfully i already had an original pi-top with which to re-use.

If this is being read by anyone on the pi-top team. Then please consider reselling, or at the very least creating a newer more compatible pi-top for tinkers. I would love to continue pushing what they can do. Thank you for your work non the less.

A few years ago I had made a post about the pi-top and a child-hood dream I had of creating a modular PC for developers. With the joy, and success I had creating the previous pi-top. I decided to build another, this time creating in the form of a cluster of pi's contained inside the pi-top known as the pi-top cluster. This time around i wanted to expand on what the cluster could do by upgrading it with a new raspberry pi 4 and adding hardware specifically to help with offloading execution of tensorflow, and yolo models in real time with an IR camera. 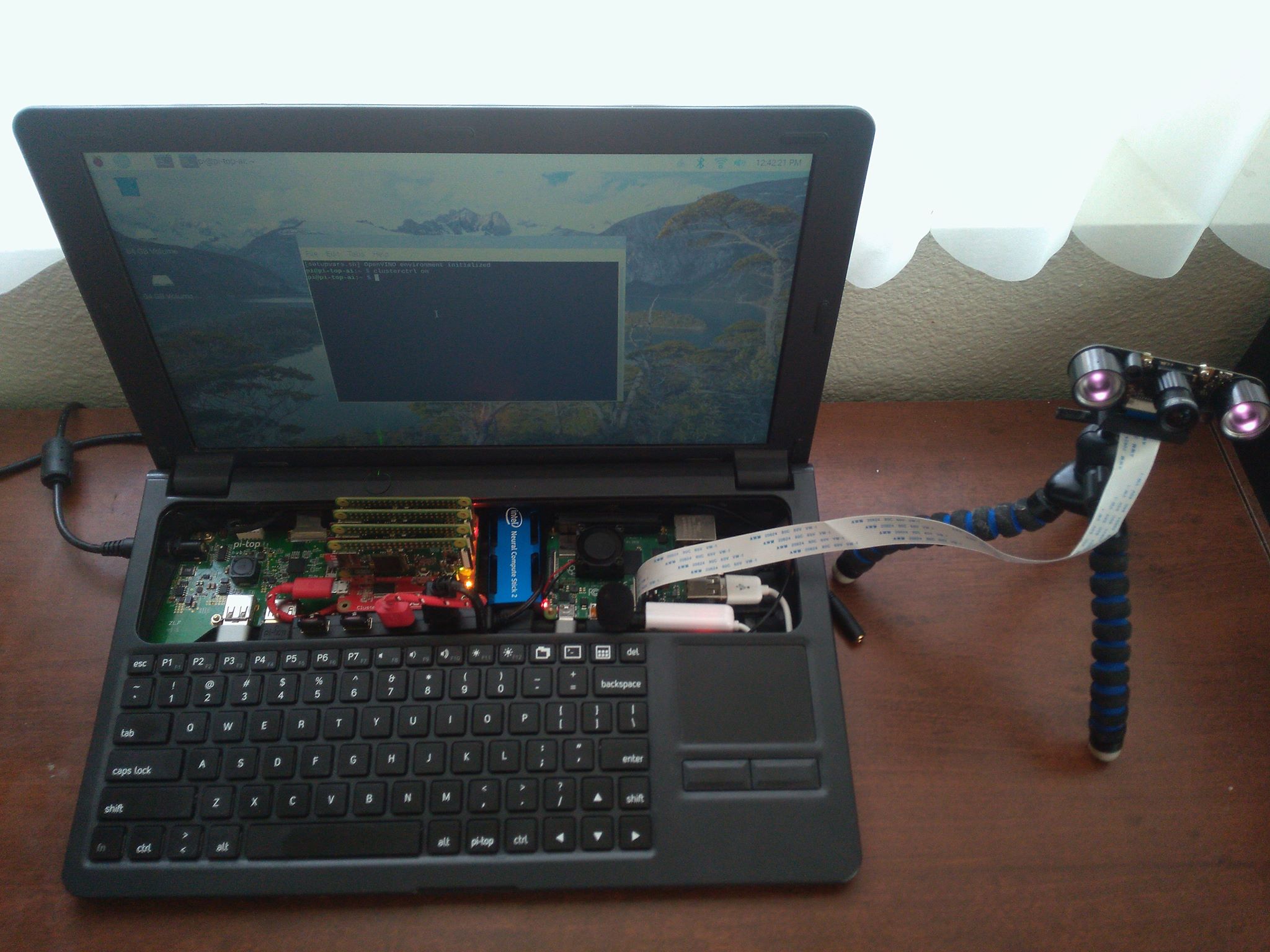 Most of the side jobs i find beyond the above work tend to revolve around AI work in tensorflow, and caffe such as simplified predictors for logging, load balancing in more rare cases price prediction. With more advanced methods for image classification, object detection, brand detection, speech to text, and text to speech.

The goal this build was to create a system that could both train, and execute most of the models that i work with in relation to face detection, face identification, object detection, image classification, speech to text, and text to speech. The Neural Compute Stick 2 from Intel can do most of this on it's own though does depend on the system it's attached.

While the controller (pi4) is being used for Camera input. Ultimately the idea will be to remove the camera on the controller, and instead use 2 camera's each on it's own pi zero w creating a left, and right eye for robotics work. One eye would ideally be an IR camera while the other would be a more traditional camera. These eyes will stream back to the controller over wifi using ffmpeg, rtms, and nginx.

The design follows much of the original design issues i had when creating the cluster version. You can read more about the issues faced in that build here. Similar to the previous build. The primary issue with this upgrade was space. Fitting everything together while also allowing the pi-top lid to slide close was a tall order... One i was not able to meet this time unlike the previous build. This turned out however to be for the best since the second issue this upgrade faced was distribution of heat in the case. Had the lid been left closed for too long devices would have started to overheat. Finally, there was also the change to USB Type-C for power, and Micro HDMI for video in the Raspberry PI 4. 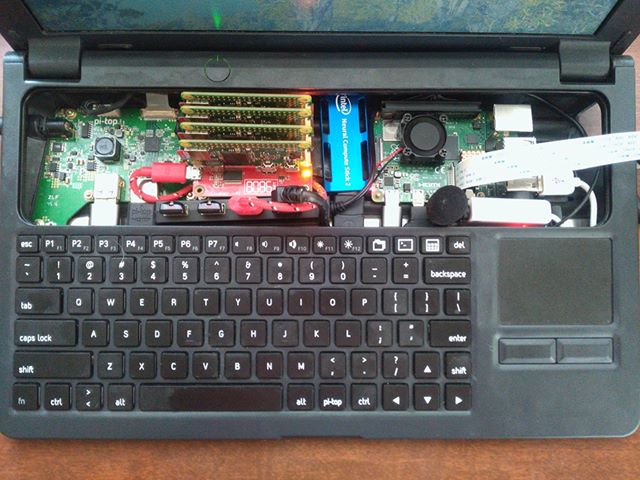 I will be creating a future blog detailing the software being used here, a long with issues that occurred getting everything to work together. This blog will also include source code used to create a distributed ai system over ip as well as the 2 eye system explained above in the idea section. Stay tuned to this blog for more information if this sounds interesting to you.

Thank you for reading!

Update: The Pi-Top has reached out to me and provided me with a free v1 to continue future projects with. Thanks Pi-Top team!! <3. I will be considering what to do with the new v1... perhaps something more solar driven this time!