Since my 3d modeling skills are not exactly "amazing". Yet... I often find myself searching Thingiverse. Recently, i ran into a little 3d printable Robot. While there a few of these on Thingiverse. This one got my attention because it's primary computing source was a Nexus 5. Which, happens to be my phone.

The robot was called MobBob, and, at the time of this post. There were 2 major versions, and, a myriad of clones. Since i found it pretty cute. I decided to go a head and print / build one. I had also, never worked with a bipedal robot before.

Printing the parts was pretty easy, the only real change needed running a model fixing application on the battery holder. This was because my printer would not connect the edges where the bolt holes where. No other parts had any issues. 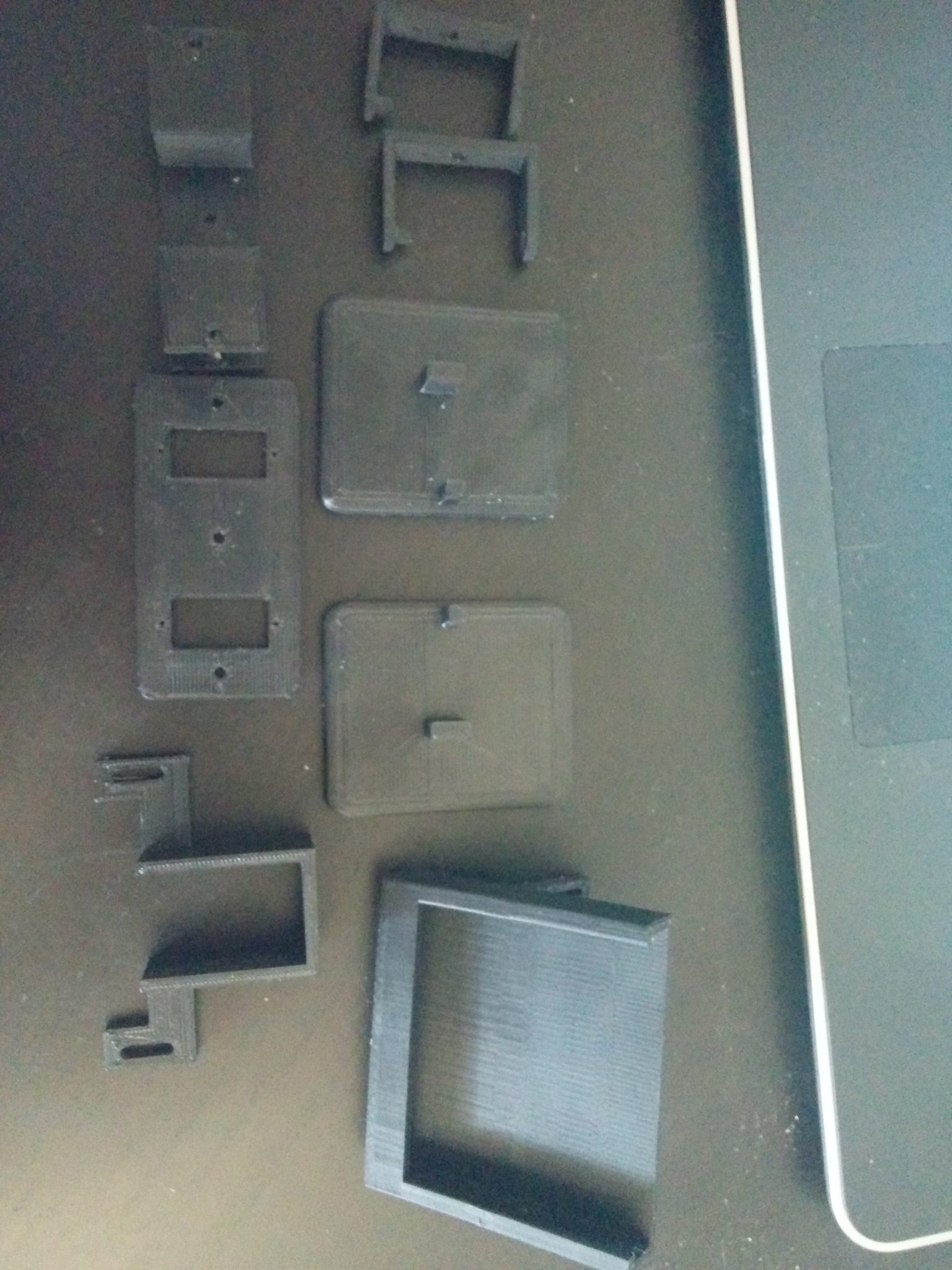 The servo's are the version the original author was using, however, i opted to also get the model that had Analog Feedback output. If / when i get to modifying the original authors code (which is rather good!). I plan to use the feedback output to determine if the Robot is "stuck" on something when walking in a specific direction. 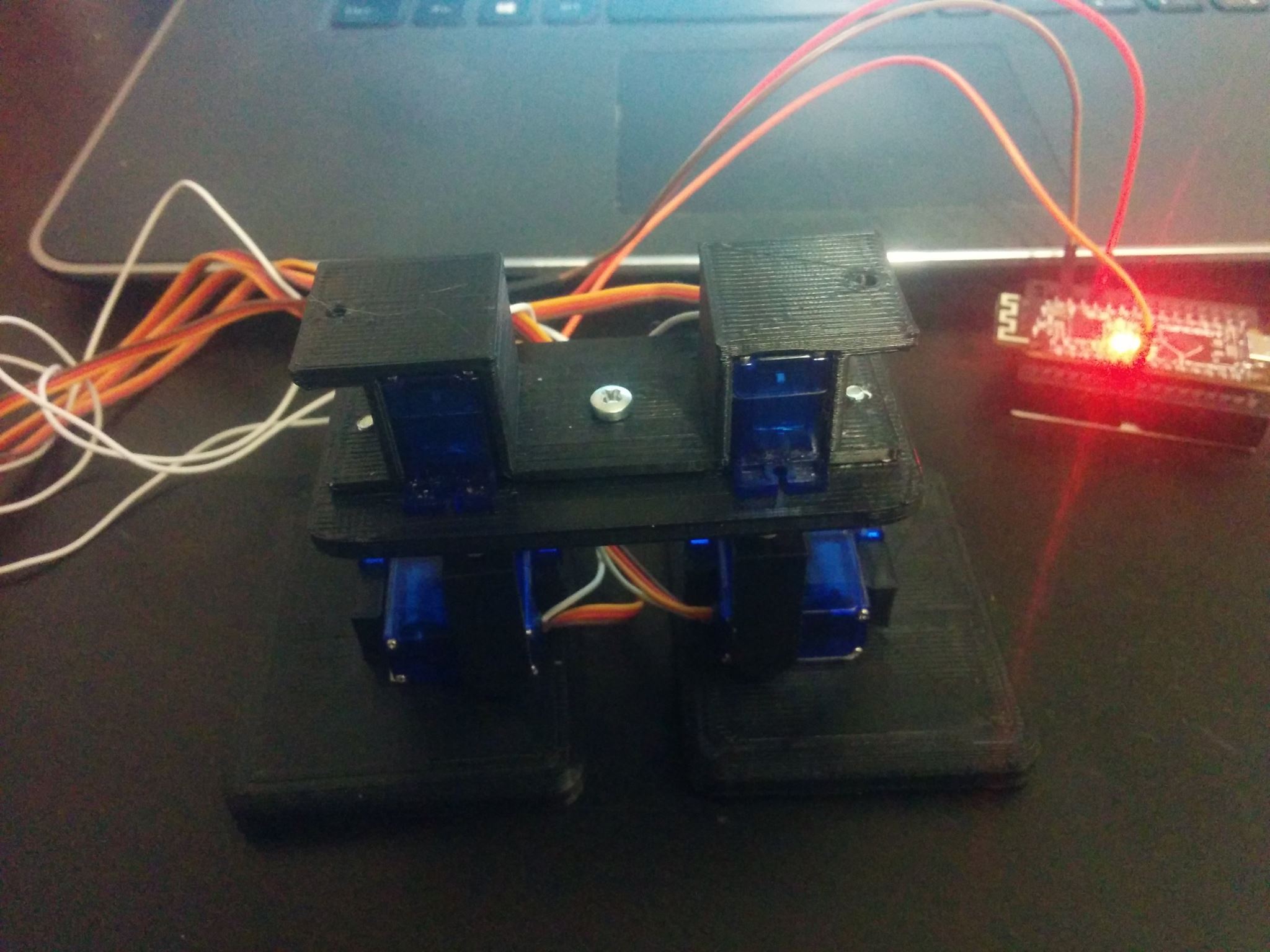 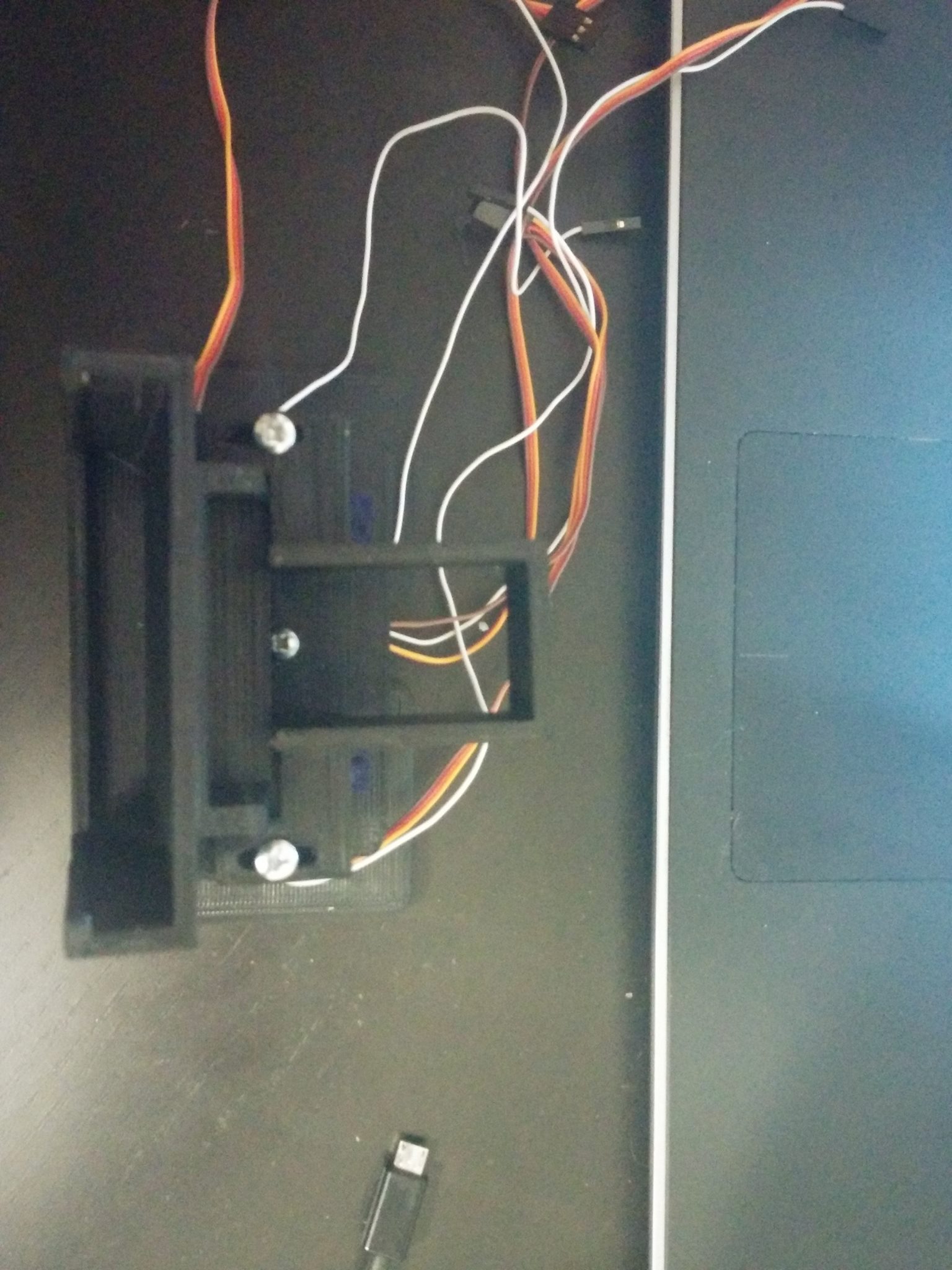 I didn't like the battery that was being used on the authors model. I happened to have a spare LiPo battery from an older model quad copter drone. The voltage was higher than needed. But I found a nice pre-built 5v voltage regulator with USB output (the yellowish board) on Amazon. 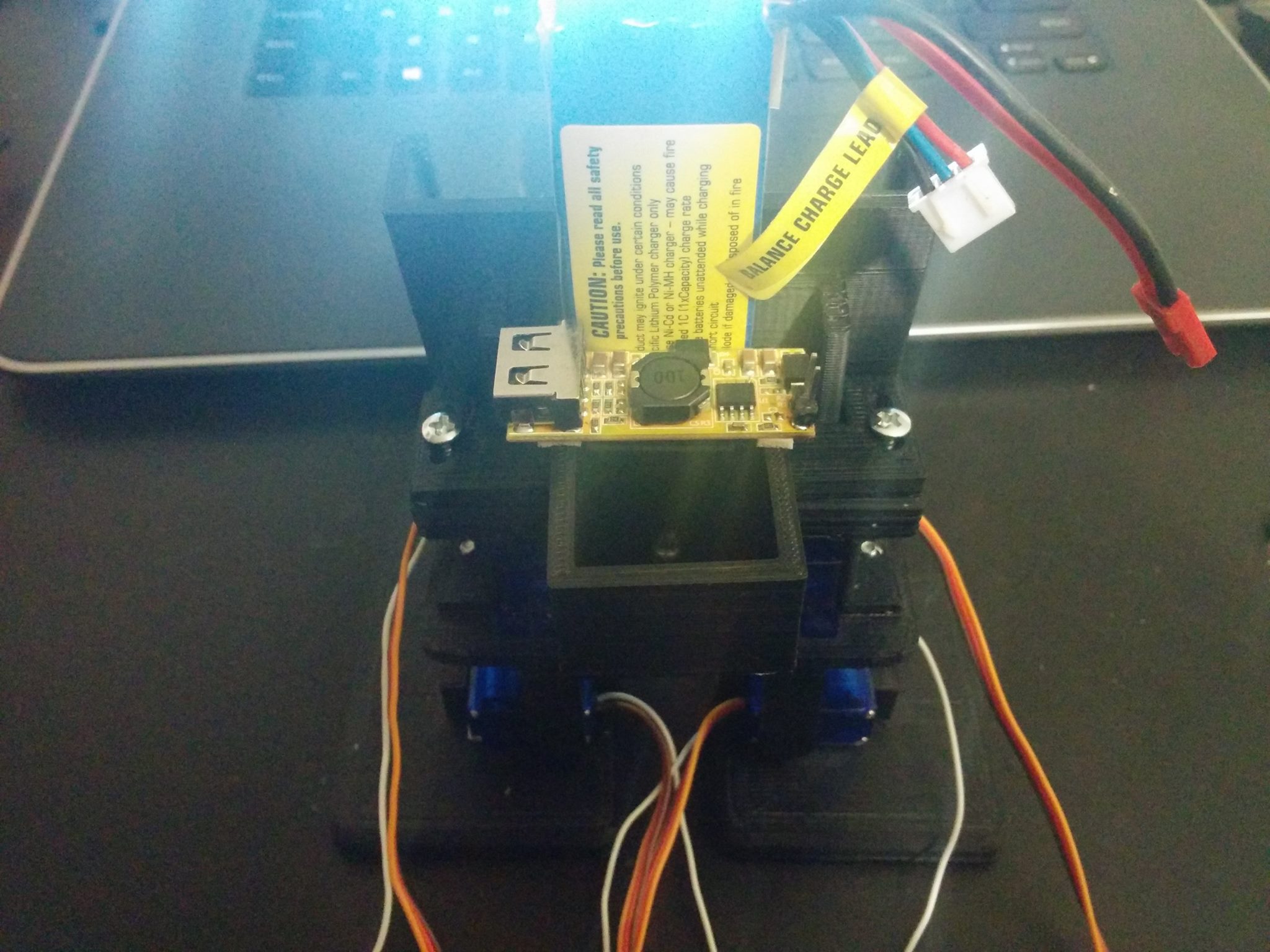 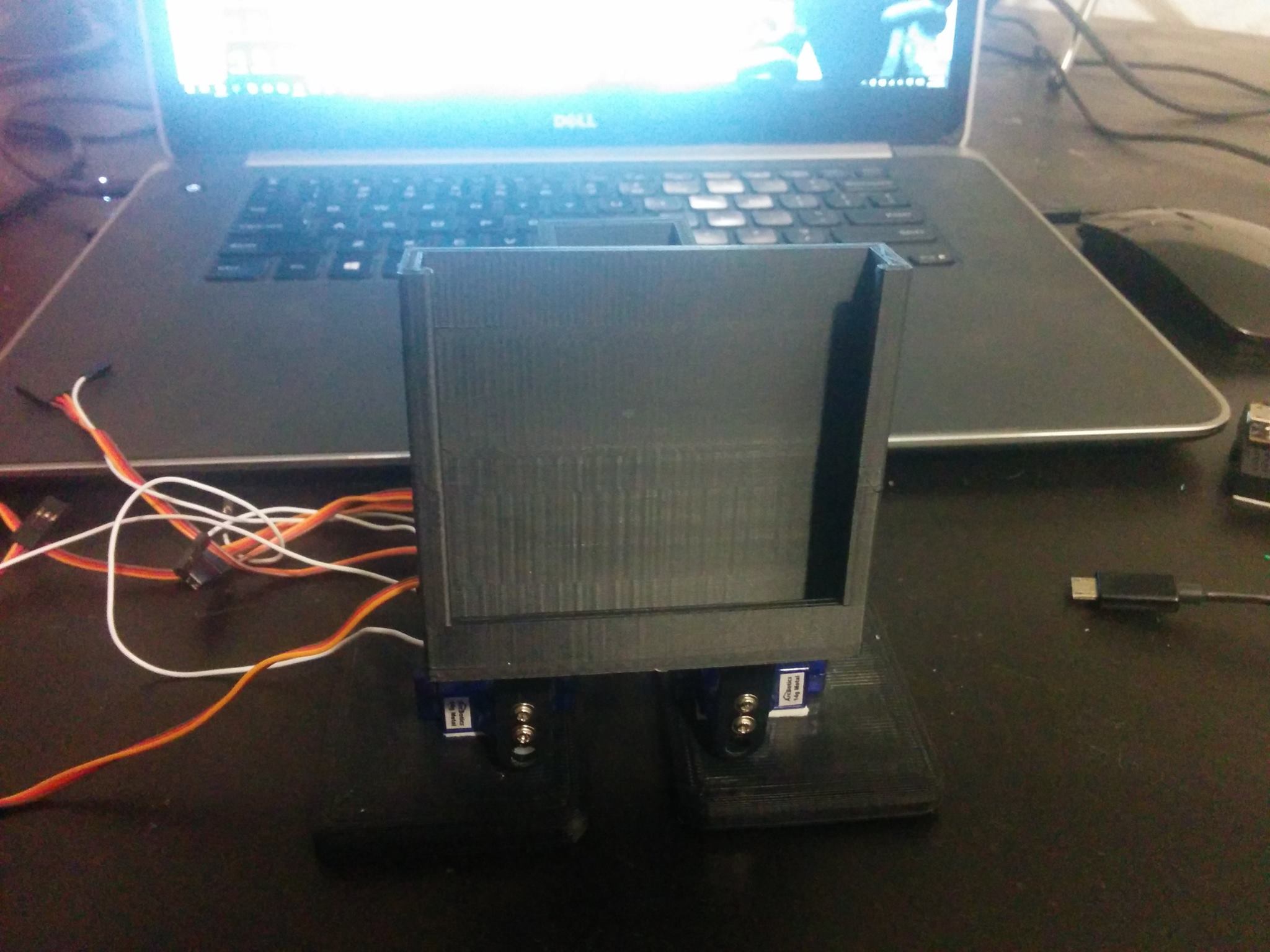 Next, i happened to already have a Bluno, so it made sense to just use it rather than buying the Blubee the author was using. It was larger, but, the author's version 1.0 of the Robot used the Bluno. So there was code for it. 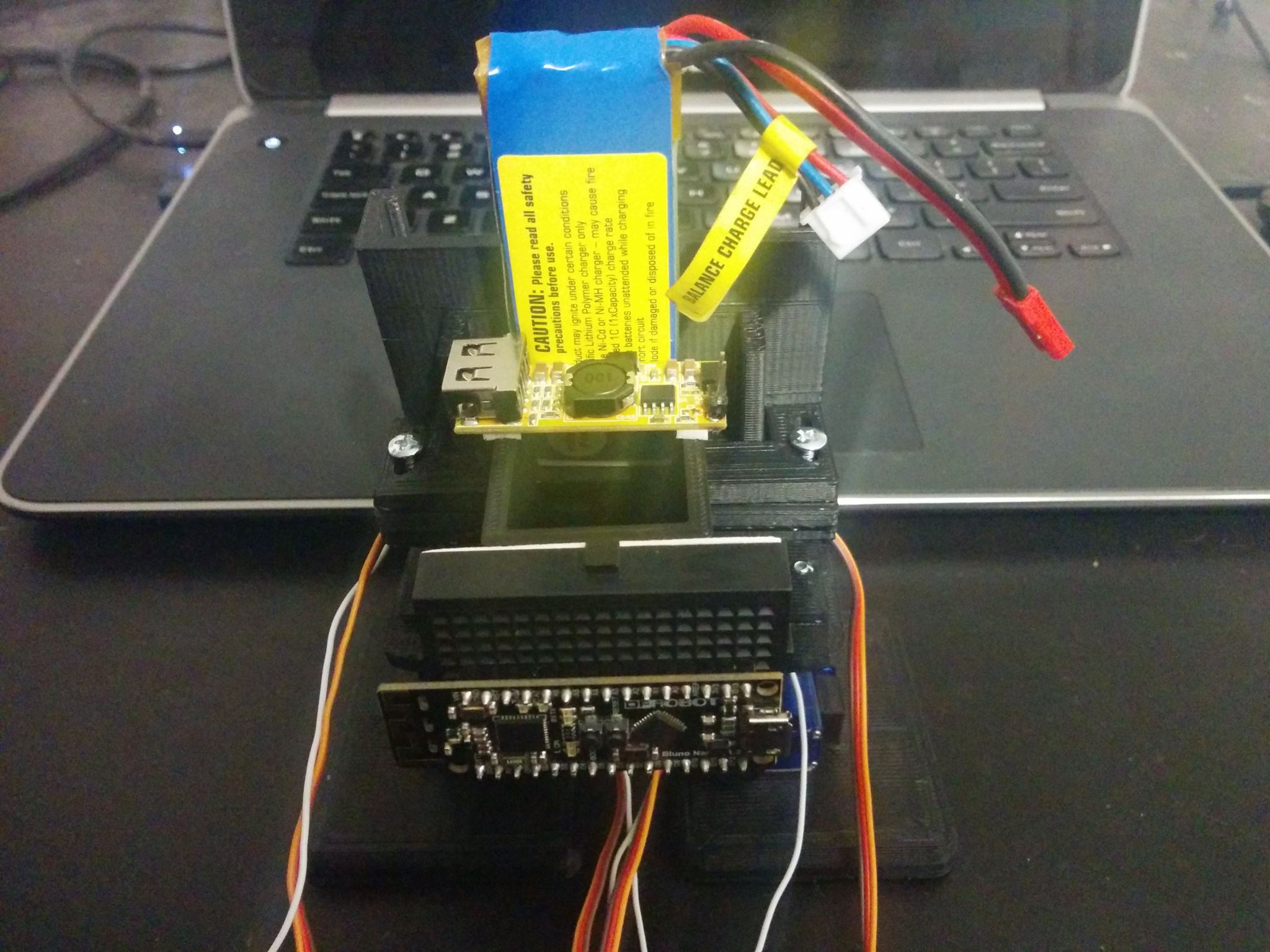 Finally, there wasn't any fall protection built into the Robot. So i decided to add a spare Sharp IR sensor i had from Awkun, my desktop sized Rover project. 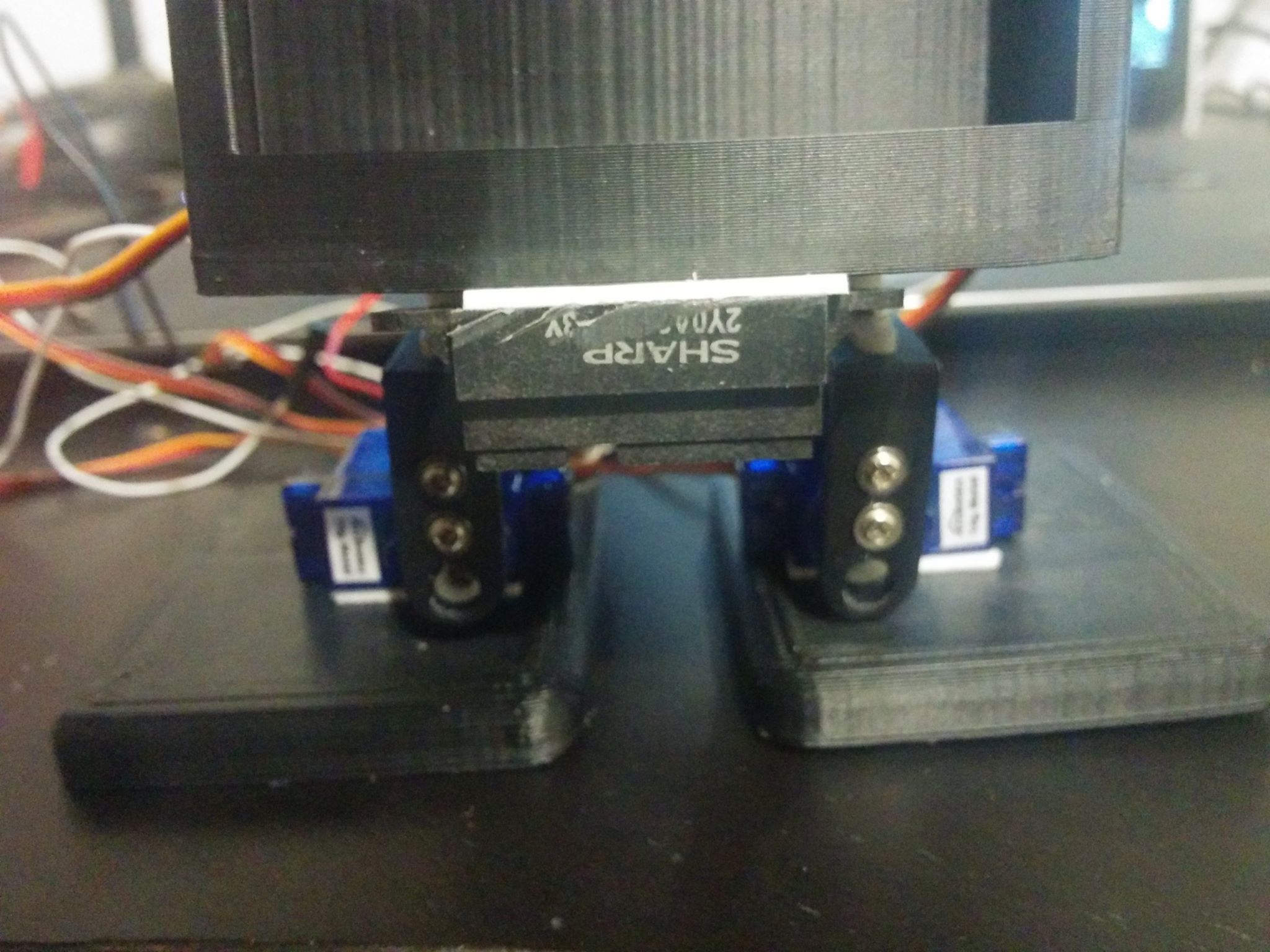 It's amazing how well this little guy works. It was exciting to build. I could see building some variations of this design. But in the end bipedal Robot's via servos are much to slow. This is the perfect way to retire my Nexus 5, for a Nexus 5X though! 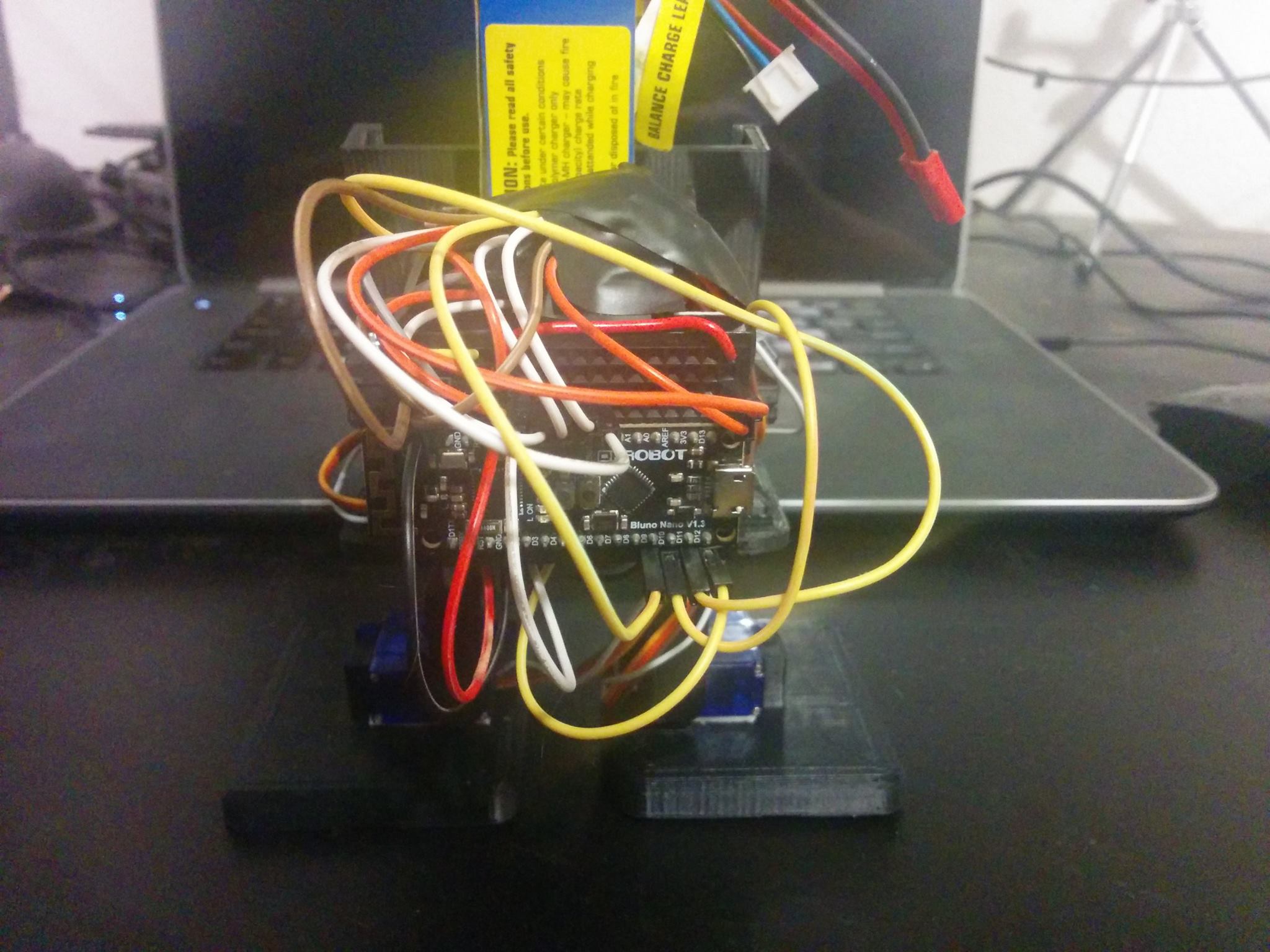