Not too long ago, a DIY video, was going around showing how to make an amusing illusion of a hologram using your cellphone, a specialized video, and, some reflective material. In the case of the video they used old plastic cd cases (without scratches).

Thankfully, i have access to a family member who has cut glass for over 30 years. So i took advantage of this by using glass from old picture frames. This was mostly because the thickness of the glass in the small picture frames was almost identical no matter which frame. After the glass was cut to exacting specifications from the video and bonded together. The resulting product was pretty amazing. It was clear, clean, and highly detailed. I was very impressed! 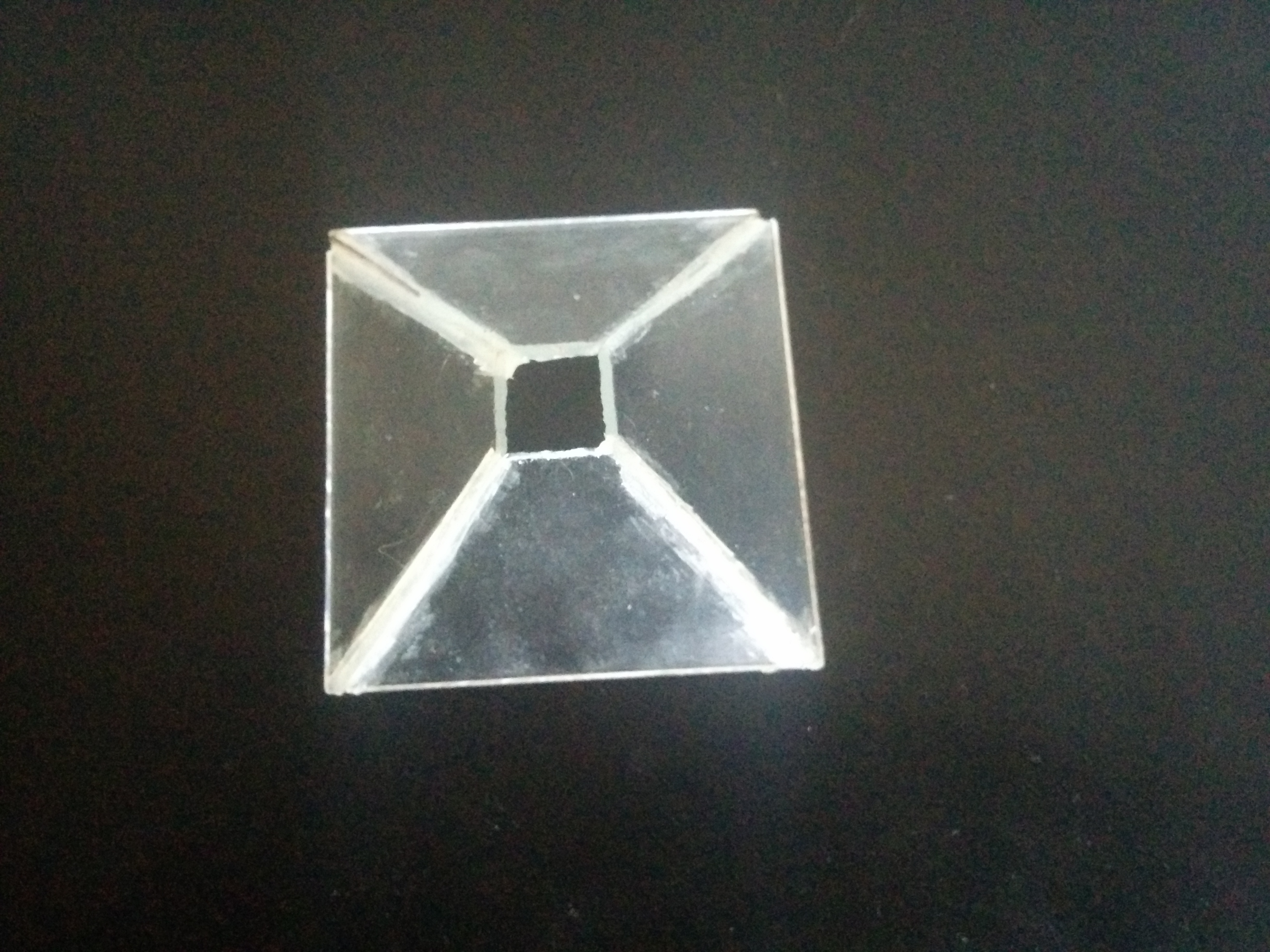 A recent, but, good friend of mine had to misfortune of suffering the loss of her mother. After some time had passed, she put together a very nice memorial party for family and friends. Though i did not have the pleasure of truly meeting her mother. She had invited me to the memorial, and, I accepted. Naturally, being i was a guest of the family. I felt i needed to bring something to honor her memory.

I went to my local crafts shop, and, purchased all the cheap picture frames i could find. There was probably a better / cheaper source of single pain glass. However, being i live in the middle of the forest, you sometimes have to use what is available.

With the help of the aforementioned family member. We tripled the previous calculations. Then cut the glass in exacting measurements. This allowed us to go from a half inch hologram to roughly a 2 inch hologram. After some testing, i found a 10.1 inch tablet screen was just large enough (in height) to provide the needed image size for the 2 inch's of reflection.

During initial test's the hologram worked perfectly. You could really start to make out the detail of what was being reflected into the glass. The major issue found however, was that since the illusion was contained inside the glass. It was easy to lose the effect by changing your perspective.

Since i was trying to make a memorial, having the image source only partial visible at different angles was not acceptable. So again the glass was re-cut. However, this time it was exactly doubled from it's current size, or, 600% of the original prototype size. Even though the illusion would not reach this height. It did provide a larger surface area from which to see the 2 inch hologram at a larger range of perspectives. 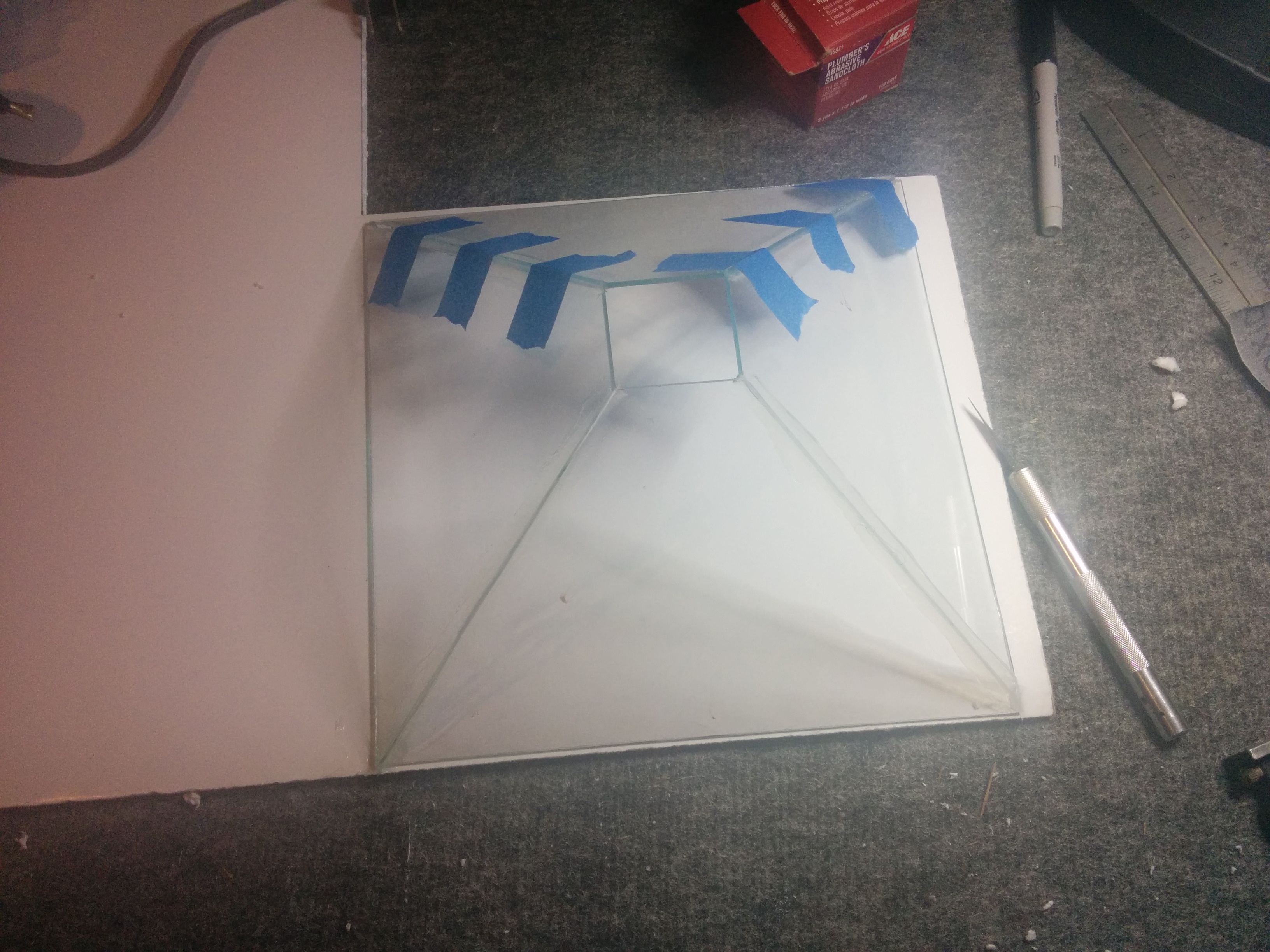 When presented at the memorial, it seemed to be really appreciated. Guest's, and, family members enjoyed the presentation. The room was a small venue (about the size of a normal American bedroom). It was dark, and, had a small stage where honor to the deceased was paid. While the hologram illusion is not totally lost in bright light. The darkness seemed to work out in my favor. You could see it from any angle in the room, and, at any distance. Exactly what i wanted!

In all, i would say the prototypes, and, there tests where amazingly successful. While just a cheap illusion. The concept has a marketable value. Hopefully the next project i have in mind for this technology will prove that.